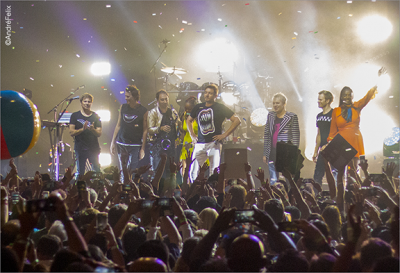 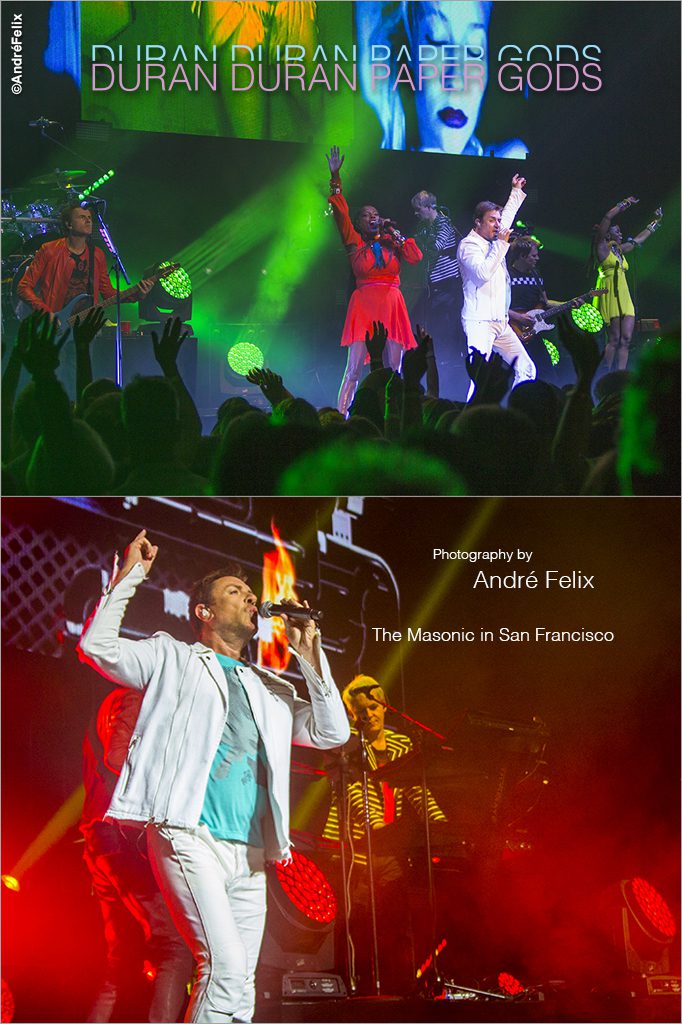 The Story Behind the Picture and how I got to photograph Duran Duran in San Francisco at the Masonic, on their US tour "Paper Gods"
It all started with a gentleman "Pedro Garcia" contacting me about a Playboy® Playmate Carrie Stevens that I had just work with and posted some of my images of her on Instagram. He asked if there would be any way to meet her as he has always thought she was a fantastic Playmate. Carrie and I have been working together for about 14 years so we have become friends. This was not the first time that I have had this sort of request before as I have been working with some of the hottest model's in Los Angeles for about 30 years and from time to time I get guys contacting me. I did some research and found out that he was a well-known as a concert promoter from the Dominican Republic. I contacted him back and he asked that if we can have a meeting could we all do something that would be cool for all of us. This offer worked its way into a plan to go see the Duran Duran concert in San Francisco as Pedro Garcia was going to the show and has been a good friend of the band for the last 20 years. I thought this was a great offer and talked to Carrie Stevens to see if she would be OK with this. My people looked into this offer and worked with him about the arrangements. How would we get there (Flight) what hotel would we be at (The Marriott In Union Square), and to see all the booking information under his name. I also requested that if I was to go with Carrie Stevens as part of his offer I would like to have a photo pass so that I could shoot images of the Duran Duran. Not only did he agree he also came back with the offer for both me and Carrie to meet with the band back stage and to top it off would Carrie like to bring a girlfriend Guenivere Gabriel. This was fantastic, many of my friends thought this was never going to happen, too good to be true! I received some phone calls from Pedro Garcia and we got to know a little about each other, he seemed to be a super guy and was very thoughtful about his family and friends. Not just all about, can I meet Carrie. He did say that it was a dream of his to meet her, but that all seemed normal to me. I know when I am dealing with a crazy fan but this gentleman seemed to be very sincere. I sent one e-mail to the management of Duran Duran and I found out that he was who he said he was & that he had made all the arraignments with them for pass's and ticket's. So, all was set! Carrie now called her girlfriend in San Francisco and got her the dates that we would be there for the show.
I am now going to tell you that for once in my life again it all worked out. It was fantastic the show was super, I got amazing photos and Pedro Garcia was all he said he was. What a great guy and what a fantastic experience. Carrie Stevens & I now have made Pedro Garcia a new friend & contact in the Dominican Republic, Meeting some of the guy's that made part of the sound track of my life and having pictures to prove it. "It is one of those great moments in my life."
My youtube movie of the trip to shoot Duran Duran
"The Story Behind the Picture"